AN INTRODUCTION - BY BRIAN SCHENK 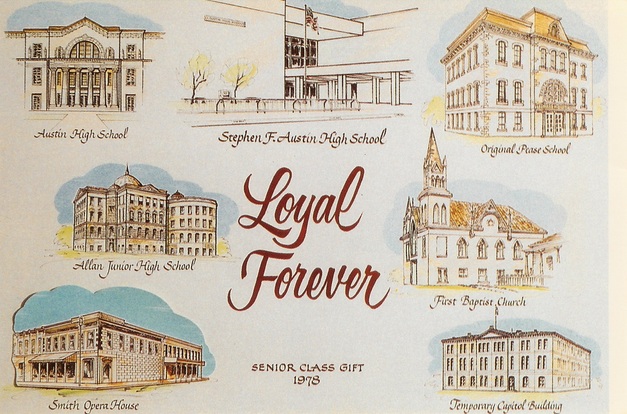 Austin High continues today as the crossroads of the Austin Independent School District. Bulging at the seams in 2011 with 2400 students, it continues to be the exception to the rule that “old schools aren’t good schools”. A rigorous academic program operates alongside career-track experiences for all students. More than 350 National Merit SemiFinalists are listed since the program began in 1956. “Everybody is somebody at Austin High” is one of the slogans we use, and “Loyal Forever” - the title of the 1942 school song - is more than an idle phrase

Tradition and pride survived seven moves - all around the central city - since the school’s first day, September 14, 1881. We observe our annual school birthday with a Grand Assembly each year on the day closest to May 2, the anniversary of the “Dedication” of the present campus in 1975.

All of these articles have been researched and written by Mr. Brian Schenk, a teacher at Austin High School from 1975 to 1998, with the assistance of Angie Reeve, AHS Librarian, and Jenna McEachern, AHS Parent Volunteer. 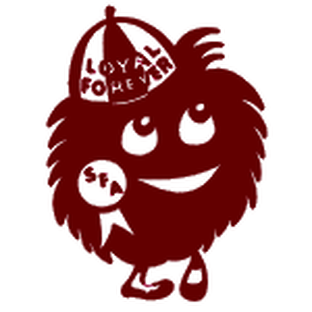 From 1881 to the 1930’s, we had no particular mascot. We were the "Maroons" because our athletic team "colors" became maroon and white somewhere around 1920. By the 1930s, some Texas high schools decided they needed an animal mascot, but we resisted the trend until 1953 when two new high schools were formed in Austin. The students of the new schools chose to be the "Knights" and the "Rebels". Some began to ask "What’s a Maroon"? To answer that question, then and now, we just tell them that a "Maroon" is someone who wears maroon and boosts Austin High. The first published cartoon featuring the modern mascot was in the September 20, 1957 Austin Maroon Newspaper, where the Mascot (about 1.3 meters tall and hairy) is attacking the football mascot of one foe or another. We think the artist/creator/ "father" of the mascot was Gilbert Reyes, a 1959 graduate of the school. Maroo appeared as an engraved "cut" in the September 28, 1956, and January 30, 1957 newspapers as part of a feature story about “picking a mascot”. Artist Windy Winn is also mentioned as involved in the development of our cartoon mascot. Everyone draws Mister Maroo their own way. That's the way we get so many designs. Each of us has our favorites. The school Archives has a collection of more than 100 different versions. But, essentially, the Mascot is supposed to be the "embodiment of the Maroon Spirit". The "Mister Maroo" Mascot was officially adopted by the Student Council in 1965-66 during the administration of President Grady Rylander. Mr. Maroo is a symbol. He doesn’t speak - you have to look him in the eye to see if he's your friend or your foe. He often is drawn wearing Adidas or Nike tennis shoes. And the beanie…beanies at one time were the traditional headwear for a freshman. Since Maroo never goes to class, he’s still a freshman, more than 50 years later.

Colonel E. M. House was a national political leader who got his start in Austin. At one time House was principal advisor to President Woodrow Wilson - working in a role somewhat like the modern job of the White House Chief of Staff. In Austin, Colonel House had a home at 18th Street and West Avenue. It was an ornate red building with a back property line extending down into the Shoal Creek watershed from his home.

In 1903, Colonel House owned all of the property east of Shoal Creek from what is now Martin Luther King, Jr., Boulevard (old 19th Street) south to 12th Street and west of the West Avenue property lines. As his political career began to develop, he gave, yes, donated, that land to the City of Austin for the “benefit of Austin’s youth”. What had been his “horse pasture” now became an area for public use.

Although Austin High got to play some games at Memorial Stadium after Clark Field was converted, the leaders of the School District decided to begin an athletic facility on the land Colonel House had donated years before. 15th Street had not yet been extended west and Lamar Boulevard would be built in the 1930s. The east stands at House Park were built in 1937 - the official birthday of House Park -, and the west stands and the scoreboard were built in 1947. Notice the bottom of the new scoreboard at House Park, still dedicated to the veterans of World War II.

So count on your fingers and toes how long AHS has played football at House Park. Let’s see. We know for certain that the STADIUM was dedicated in 1937. 2010 minus 1937 equals 73 years. Eeek. That’s longer than any other Anglo high school has EXISTED in Austin. And we may have been playing football there before the STADIUM was built.

That’s DIFFERENT! It would be 16 years before any other Anglo schools were built - 1953 - and when they were, the District built “Veterans Field” as a stadium on the campus of McCallum High School, and “Yellow Jacket Stadium” at the new Anderson High. And then built Nelson Field in 1965 and Burger Stadium in 1975.

But House Park. There’s a lot of Maroon blood and sweat at House Park, some of it soaked in the turf that was cut up in the Spring of 2008. We feel special at House Park. That’s where the whole school sat and listened to the Ghost Game in 1942. And that’s where Austin High renews - each year - some of its most intense rivalries, even if parking is horrible for the spectators. If your hair doesn’t stand up a little bit when “Loyal Forever” is played at House Park, you don’t understand Austin High. 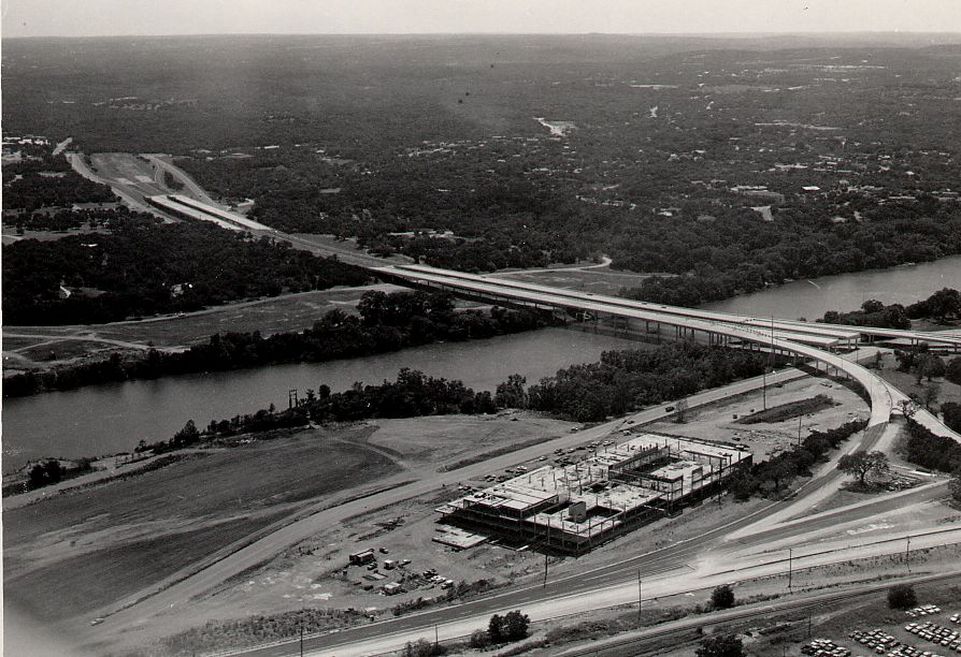